Tools of the trade are not the same anymore. Instead of hammers, screwdrivers and pliers, we have laptops, phones, and iPads. And that is just the hardware. The software is what really makes these new tools come to life.

But have you ever taken a moment to consider just how many tools, software applications, websites, and services that you need/use to run a small business? It is literally astounding just how many we use at ScheduleWise! To create, deploy, and support our Scheduling/Workflow Management Software, we have had to become competent and sometimes expert users in so much other software!

In a recent fit of wild transparency, I’ve highlighted below the most prominent applications/services that we use to run ScheduleWise. Not all of them do we use every single day, but for the most part, we touch each of these applications at least once per month.

When they say that software is eating the world, you can see why!

Here is a listing…

Software no longer in use… either replaced or no longer needed:

Oh! And I would certainly be remiss if I didn’t mention good old paper and pencil! I have my handy, dandy notebooks which I have been journaling, ideating, and diagramming for the past 12 years.

So that about covers all of the applications, tools, and services that we use to run our little company. When we started ScheduleWise back in 2008, we didn’t know all the things that we didn’t know. We knew how to optimize patient schedules and workflow and created an application that did just that. For all the other stuff it takes to run a business, we learned over time. As needs arose, we found tools and services to help us along the way. It’s no wonder that most small business do not survive the first five years. There is just so much to learn and do!

Truth be told, it’s probably easier today than anytime in human history to find just the right application or specialist for a job. Not only are the tools themselves most likely out there (ScheduleWise is one of those such tools!), but also insanely important is the ability to find them with the help of your favorite search engine.

But the next time you have a big, glorious idea, and you’re thinking about starting a company of your own, take heed! You’ll be learning a LOT more than you bargained for. But isn’t that half the fun?! 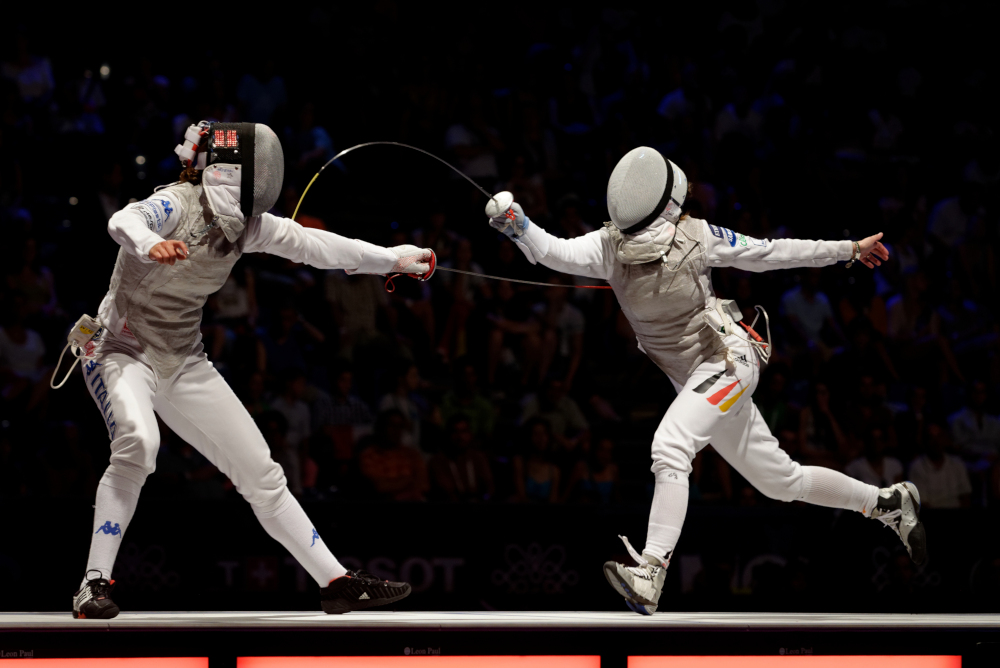 I was getting frustrated with my step-daughter. She recently acquired a knack for whining that she isn’t good at something and therefore wants to blame everyone else and give up.

For example, in a recent quiz in chemistry, her teacher said she got all the hard math stuff correct, but missed the easy problems. So her takeaway was that she just isn’t good at chemistry. Forget that all last year she griped about just not being good at math… Ugh.. teenagers!

It is amazing that we take these lessons like this from childhood into our adult lives without ever really reflecting how these ideas came into being. So it’s something we want to correct now while she is still young.

In another area, she has become a pretty competitive high-school fencer. In just one year, she went from no knowledge of the sport and limited coordination to becoming one of only two girls to letter in their freshmen year in the history of the school!

I reminded her that just 12 short months ago, she could barely hold the épée or do her footwork drills. But eventually, she found her groove and began to excel. It took hundreds of those drills over several months for her to not just get good at her fencing skills, but to learn to enjoy the process as well. She still hasn’t become the champion fencer that she is striving to be, but she is continuing to build her skills and experience. Touché!

So I challenged her rationale and likened her fencing to her school work. Clearly one is fun and challenging while the other is, well, in her eyes, just challenging. But the central tenet remains the same. If you only go through your drills once or twice, you’ll never be proficient, much less expert at that skill.

The same is as true with fencing as it is with solving math or chemistry problems. You can’t just do one or two problems and claim that you’re good or not good at it. You have to do hundreds! Hopefully you learn to enjoy the process along the way, but you will most assuredly progress in attaining the new skill! She acquiesced, but didn’t seem thoroughly convinced. Teenagers. =]

This is what I think of as the the Rule of 100, that is, being willing to do something 100 times in order to get good at it. Put another way, don’t let your initial ineptitude or trepidation prevent you from something challenging that you want/need to accomplish.

Do the work. Learn the skill. Become expert at it!

Thinking about this in our line of work, although we train people how to use our software ScheduleWise… what we are really doing is helping people learn how to change. Changing their patient schedule entails a whole lot more than just changing a schedule!

It consists of determining a better schedule, communicating with patients, families, transportation, staff, and physicians. It encompasses teaching how to communicate, hand-holding to help managers take back control of their clinics, and constant course-correction with staff and patients as they get used to a new normal.

And when you see the teams we work with have those lightbulb moments when everything just clicks, and they see how well their clinic can function, it’s not just highly rewarding for us, everyone wins!!!

For the clinics we are helping, this is likely their first time with such an undertaking. A wholesale change to the patient schedule isn’t something that a clinic undergoes all that often. So it is easy for people to become dismayed because they haven’t yet mastered the skills to sustain the optimized workflow of their patient schedules.

But the point isn’t to view the schedule change as one-time event. Think of it as the first step toward constant change and improvements. Each day that a new patient need is identified, the schedule may change. Each new change is an opportunity to build on your newly acquired skills of learning how to modify your schedule in order to maintain an optimized workflow.

After implementation, the first few times of managing schedule changes on your own are often full of hesitancy. No one wants to change what they just worked so hard to achieve in optimizing their schedules! But this is the essential skill you must practice in order to gain the proficiency that leads to mastery.

Remember the Rule of 100! The first 10-15 times, it will take you awhile. You will feel uncomfortable making changes, asking patients to change their time or chair again. After 40-50 times, you’ll be over that uncomfortableness, but there might be a handful of harder scheduling issues that involve multiple changes, or reworking an entire pod.

After 100 changes to the schedule, you’ll find most of the schedule changes to be pretty routine, with a harder challenge happening once every so often. After 200 changes, nothing will surprise you any longer. You’ll have mastered your schedule and learned to maintain an optimized workflow! Kudos to you!

Don’t worry, though! New challenges will reveal themselves as you master one skill after another. The learning never stops. Just remember to embrace the Rule of 100!